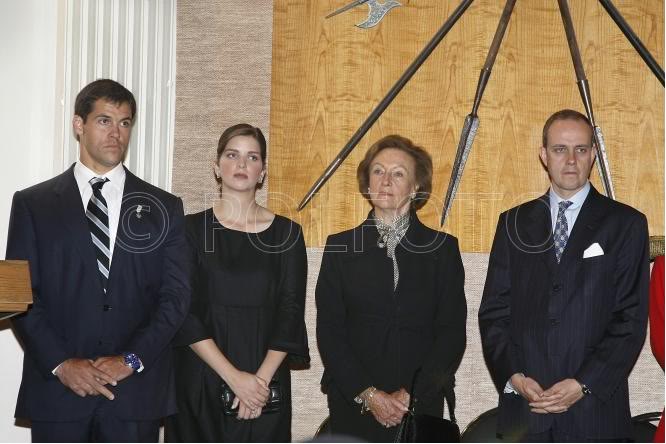 It reads like a manifesto for a return to past French glories, with a strong army, a thriving economy and a society united around family values.

The author, however, is no ordinary politician. Jean d’Orléans, 44, the Duke of Vendôme, does not want to become President of France. He wants to be its king.

The man who claims to be heir to the French throne has signalled the start of his campaign to sow the seeds of a monarchist revival with the publication of "
Un prince français "
(A French Prince). The work suggests that the 1789 revolution was a mistake, that the French Republic is inherently unstable and that France should renew ties with ancestral tradition.

“The King, contrary to the President, is not subjected to elections,” the Duke, who descends from Louis-Philippe I, says. “And that changes everything. A prince does not govern according to opinion polls. He can therefore listen to everyone, neglect no one, take advice from all and decide in all honesty, guided only by a desire for the common good.”


The book takes the form of a 229-page interview conducted by Fabrice Madouas, an eminent journalist.

France is in the grip of a social, economic and institutional crisis but, even so, the prospect of a restoration seems far-fetched in a country where republicanism is seen as proof of superiority over the likes of Britain and Spain.

But the Dauphin — successor to the Capetian dynasty, which ruled France for 800 years — seems convinced of his ability to sway public opinion. “Who knows what might happen?” he says.

With France in the grip of a social, economic and institutional crises, he is hopeful that his compatriots will come round to seeing “the advantages of . . . the monarchy, which aims to guarantee the independence, the stability and the equity of the supreme authority”.

The 44-year-old Prince said that he was ready to fulfil his duty “if destiny leads me there”. But while awaiting a return to the monarchy, he would act as a “guide” for the French. “That is how I will remain true to my vocation — speaking the truth with the aim of contributing to solving the problems facing this country.”

In an attempt to carry his message to the French people, the Duke began a series of visits to the provinces this week, in what amounts to a royal version of the election campaign — but even if he does, somehow, manage to persuade the French to replace their President with a monarch, he has no guarantee of taking the post himself.

The Gallic royal family remains bitterly divided, with complex arguments for and against the claims of all the contenders from the two main camps, the House of Bourbon and the House of Orléans.

The Orleans claim to have the backing of most French monarchists but are themselves split. The Prince was named as the future head of the family by his grandfather, Henri d’Orleans, who died in 1999.

But his father, also called Henri d’Orleans — the first in line should President Sarkozy step aside in favour of un roi — overturned the order of succession to anoint Françd’Orléans, his severely disabled eldest son.

The result is almost total confusion, with even specialists unable to establish a clear line of succession to the French throne if it was ever restored.

But that has not dimmed Gallic interest in royal weddings, of which there have been two this year. In May, Jean d’Orléans married Philomena de Tornos y Steinhart, an aristocrat with Austrian and Spanish roots. Then last month, his father made headlines when he wed Princess Micaela, a French aristocrat.