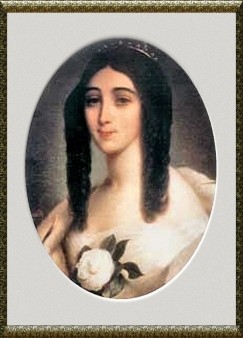 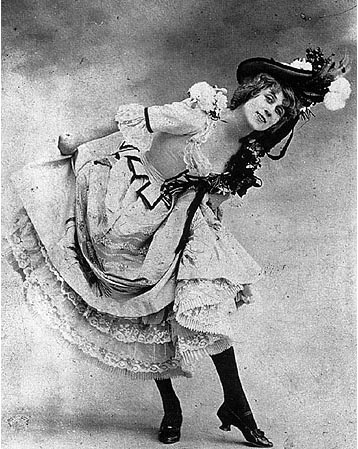 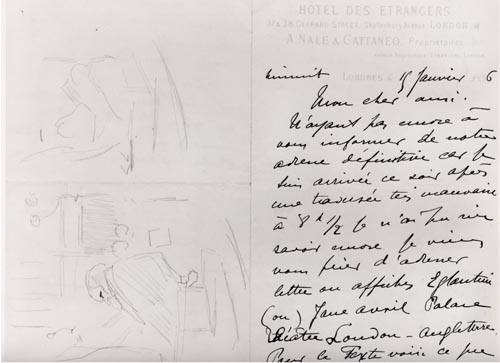 She was born Jeanne Beaudon in the Belleville section of Paris, France. Her emotionally distant and absent father, Count Luigi di Font never played the role of father, and her alcoholic mother brutally and frequently beat young Jeanne until she finally ran away from home. Caught by the authorities, the frightened and combative girl was deemed insane and committed to the Pitié-Salpêtrière Hospital. Under the care of Dr. Jean-Martin Charcot, the expert on "
female hysterics"
she calmed down, and at a social dance for employees of the hospital the girl put on a dancing exhibition that captivated everyone. Released to the streets of Paris at age sixteen, Jeanne Beaudon headed straight to the Latin Quarter, home to the city's artistic crowd.

Working at whatever day jobs were available, at night she pursued a career in dancing by performing at local clubs. In 1888, she met the writer René Boylesve (1867–1926) who is said to have become quite taken by the beautiful but shy young girl. Using the stage name Jane Avril, she built a reputation that eventually allowed her to make a living as a full time dancer. Hired by the Moulin Rouge nightclub in 1889, within a few years she headlined at the Jardin de Paris, one of the major café-concerts on the Champs-Élysées. To advertise the extravaganza, Henri de Toulouse-Lautrec painted her portrait on a poster that elevated her stature in the entertainment world even further. The popularity of the Cancan became such that Jane Avril travelled with a dance troupe to perform in London.

In 1895, the owners of the Moulin Rouge offered her a great deal of money to take on the risky task of replacing Louise Weber, the most famous dancer in Paris known as La Goulue. Graceful, soft-spoken, and melancholic, Jane Avril gave a dance presentation that was the opposite of the very bodacious La Goulue. Nevertheless, the club's patrons adored her and she became one of the most recognizable names of the Parisian nightlife. That same year, Avril gave birth to a son but quickly returned to dancing and remained a star for many more years.

A woman of intelligence and with a sense of aloof grace, at age 42 she met and married the German artist, Maurice Biais (c.1875–1926), and the couple moved to a home in Jouy-en-Josas at the outskirts of Paris. However, her husband soon began to stray, often disappearing for days at a time, and for years she lived a miserable existence with the irresponsible Biais. Without any financial support following his death in 1926, Avril lived in near poverty on what little was left of her savings.

Jane Avril died in a seniors' home in 1943 at the age of 75, and was interred in the Père Lachaise Cemetery in Paris. Forgotten since Zsa Zsa Gabor portrayed her in the original Moulin Rouge, she was reborn in the 2001 film Moulin Rouge! which starred Nicole Kidman and Ewan McGregor, also in that same year the noted French biographer, François Caradec, published Jane Avril: Au Moulin Rouge Avec Toulouse-Lautrec.

Jane Avril is one of the characters in Per Olov Enquist's book The Book of Blanche and Marie, which portrays the lives of Blanche Wittman and Marie Curie. 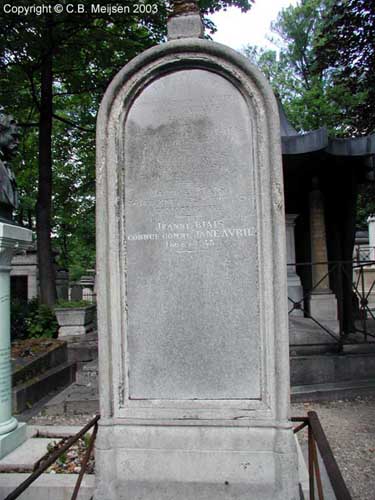 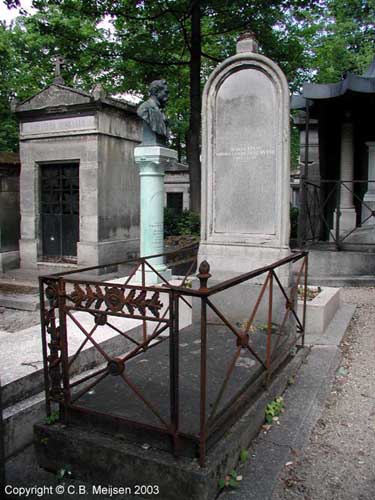 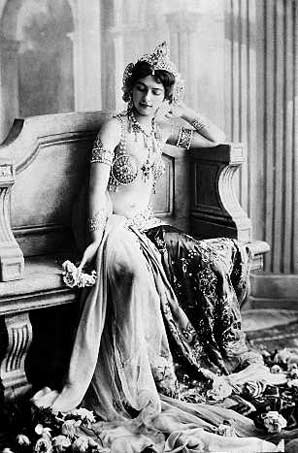