Prins Joachim and his ex-wife, according to new book keep an explosive secret, which stayed Hiden because he agreed to her demand for being separated


Clear words about Prins Joachim and his ex-wife, Alexandra, delivered by one from the circle of friends.
The quotation is from a new book "
1015 København K - A loving and critical portrait of the royal house"
, which appears at Monday.

The author Trine Villemann in her book draws a picture of Alexandra as an unusually cold and calculating b***.

And she more than hints that the ex-princess from Hong Kong threatened with detonating an explosive secret in order to get her reluctant husband to go along with divorce.

"
Alexandra managed to twist his arm, it's completely safe"
, a friend thinks. "
Otherwise it had never happened"
, it reads in the book, and the section continues:
"
It was an explosive and potentially very destructive event, which gave Alexandra the key she needed in order to get herself out of the royal marriage.
"
All the friends know, what did happen, but everybody kept silent. It's a secret that nobody has any intention of revealing. That would break Joachim, and it'd be awful for the children"
, Joachim's friend says."


"
The fateful occurrence, was it ever to be revealed, will probably not have any influence on the monarchy's position and future in Denmark. What happened, is a quite private case between Joachim and Alexandra, but it led to Joachim agreeing to get separate. "
And after that she could get What she wanted to have"
, more friends of the couple tell."
"

In the months up to the divorce in April 2005 it was clear for the circle of friends that the relation between Alexandra and Joachim was on the breaking edge. They were like cat and dog and couldn't even hide their fights at a child-birthday from Nikolai on Schackenborg.
The staff ran like strayed hens in order to obey the all the time conflicting orders from the married couple.

"
It was completely clear that there was something crazy. This doesn't look good, I said to myself that day"
, reports one of the visitors in the book.
According to Trine Villemann Alexandra and Joachim had never to have been married. They were far too different. And he loved Iben Detlefs, his girl friend of five years. But he knew that his mother, the queen, would never accept that he married a Dane.

A Dane, who was even a the daughter of a disabled person on statepension. Thus when he worked for A.P. Møller in Hong Kong, he let himself be captivated by the bubbly and intelligent Alexandra Manleys. She complied with all the queen's formal demand to a bride. She was well-educated and grew up far from Denmark.

After the bridal waltz their marriage became a dance on thistles very quick.
Quotation from the book:
"
The newly weds had nothing in common. She was energetic, would go out, meet friends etc.. He'ded rather stay at home and watch sport on Tv. She'd be in Copenhagen. He had to be on Schackenborg. (..) Joachim knew well that Alexandra was frustrated. She missed her busy life in Hong Kong, which she didn't fail to point out. He became very quickly aware of that that marriage didn't work, but he straightened his back and tried to get the best out of it, and then they started to use their energy on everything but each other"
, reports a friend of the couple.


Further she claimed:
"
I have been present as Alexandra scolded him in front of a company of quite a few people"
, a company of their walks on Schackenborg reports. "
Joachim, you have to do, as I say. Do you hear me, Joachim! she shouted. It was very embarrassing for him"
.
"
Alexandra went to Copenhagen all the time and fooled around a lot. It's particular that the press never wrote more about where she went and what she did"
, says a friend, who was close to her at the time."

When the divorce finally became reality, it shocked the circle of friends according to the book.
"
The friends knew very well that Joachim and Alexandra lived like cat and dog and had done it for years, but that it turned into a regular break, was a shock for everyone. They thought that Joachim had got used to the bad atmosphere and the lady's disrespectful treatment off him.

"
Joachim is a very proud man. He can seem arrogant, but he is the most reliable, solid member, the royal house has. He is honest and concious of his position. He'd be separated. He had dealt with himself that no matter where many times Alex scolded him in second's presence, and no matter how a little they had in common, there was no royal divorce on Schackenborg"
, tells one of Joachim's friends. "
The didn't want to weaken the Royal family"
."


Not until he was forced to it by his wife, whom he, according to friends, underestimated.
"
Alexandra put him checkmate"
, thinks one of the friends. "
There was no road back. They were never to have been married. Now they were then separated, but for Joachim it was a humiliation and a defeat. As always he maintained the brave, possibly also a little arrogant front, but that hurted. Not least when all the headlines about the drinking prince, who hunted for young blondes at the Jutlandic discotheques, turned up. That was what he had really not deserved. Joachim is, as he is, but he fought to the end to preserve his marriage"
, says one of the friends.

"
Alexandra put him checkmate"
, thinks one of the friends" 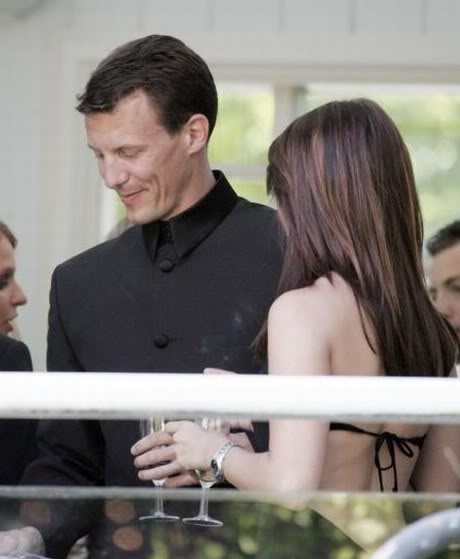 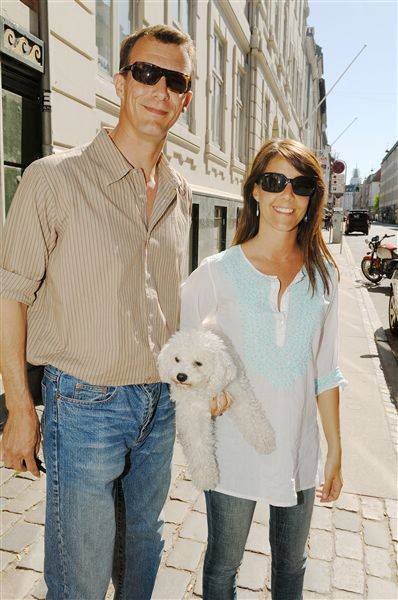 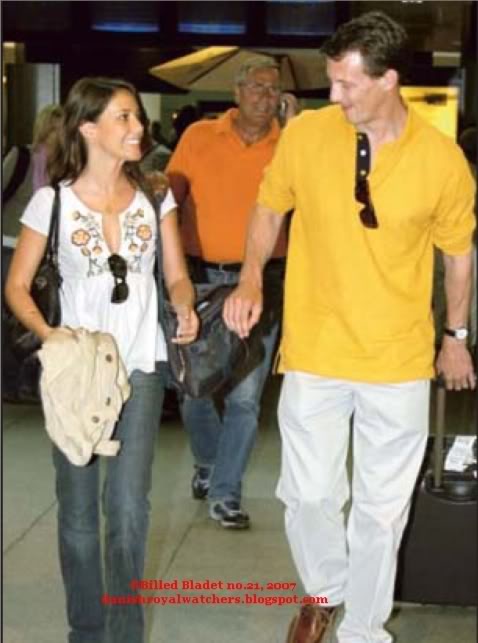 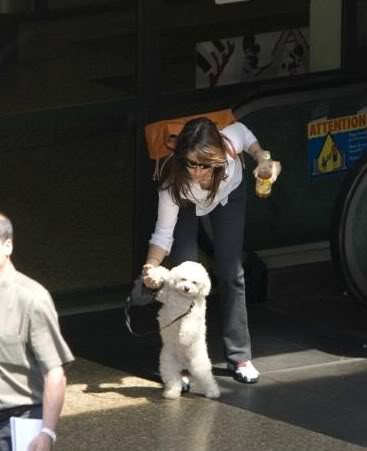